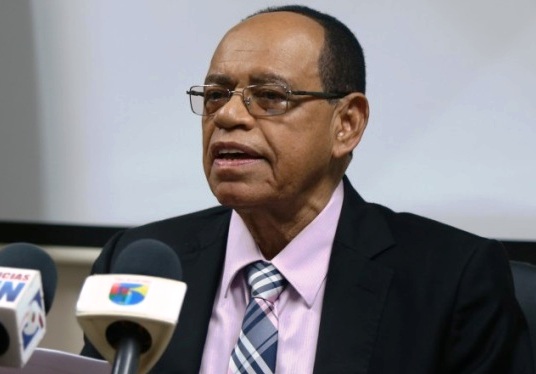 The official said once he learned of the complaint stemming from a report by journalist Alicia Ortega, information was gathered to initiate the investigation against the former head of the Transport Reorganization Office (OPRET), which builds and manages the subway lines.

“What did we do? We sent a communication with what had occurred, in which we asked to investigate the matter, so that if they find criminal merits, to act accordingly,” the official said.

Cadet said the Justice Ministry has to proceed with the case against Peña, who was fired by president Danio Medina on Thursday.

The official spoke in a National Palace press conference in which he announced changes in the policy to elect the Ethics Commission’s members.

In her program ‘El Informe,’ Ortega uncovered a ‘vast  emporium’ of nearly 30 offshores which despite handling hundreds of millions in investments said to belong to Peña, tarent registered in Internal Taxes (DGII).

The former subway czar is one of former president Leonel Fernandez’s closest collaborators, for which many people believe that his firing by Medina is the result of political confrontation between the two top leaders of the ruling party (PLD).