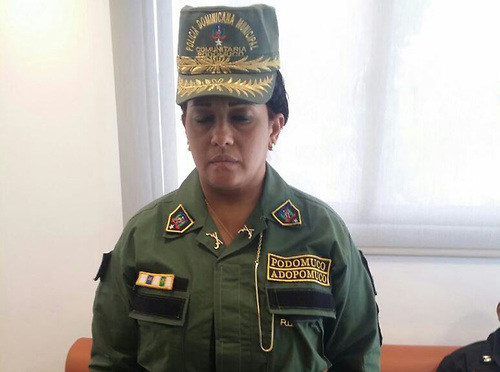 The impostor was arrested in a vehicle in a sector of Santo Domingo Norte along with 6 others wearing police uniforms. The agents seized two vehicles, a gun, several ID cards, caps, badges and bulletproof vests.

According to reports, the group also posed as National Police officers to shakedown motorists on the Samaná highway.

Defense intelligence agents conducted several raids in various sectors of the capital and Greater Santo Domingo Wednesday afternoon, to apprehend others linked to the impostors.