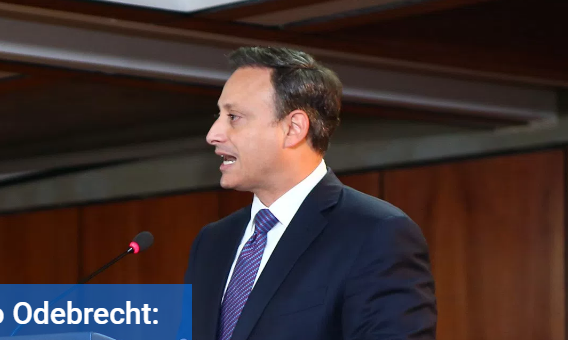 Santo Domingo.- Upon his return from Brazil in February, Justice minister Jean Alain Rodríguez said the country would be privileged by having information one month earlier than the other nations involved in Odebrecht’s US$92.0 million bribe scandal.

“It’s estimated that all the information should be in the hands of the Dominican authorities more than a month before the date of June disposed by Brazil for the rest of the countries,” the official said then, and explained that the privilege was based on that reaching a plea deal with the company had already advanced.

On Wednesday Rodriguez announced that the information had been received, in compliance with the agreement with Odebrecht.

He also reiterated it on Thur. when, in a brief press conference, defended the agreement. “The cooperation agreement made by the Odebrecht company is being fulfilled in a timely manner, thus following the objectives of the investigation and the exercise of justice in the country.”

On lingering doubts on whether there were two deliveries, one from Brazilian courts and another from Odebrecht, a source quoted by diariolibre.com linked to the investigation explained of the case: “Through the agreement, Odebrecht pledged to deliver everything before the 19th.  And all those documents that they have are from the Attorney General of Brazil. Brazil and Odebrecht have a confidentiality agreement and thanks to the collaboration agreement with the Dominican Republic, the Brazilian Office of the Prosecutor was authorized to hand over everything.”