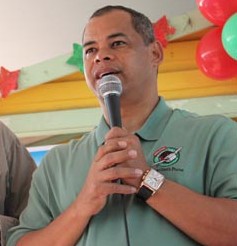 He said former presidents Hipólito Mejia and Leonel Fernandez, as well as president Danilo Medina should be subpoena to testify in connection to the case, since they signed the contracts with the Brazilian company.

Lorenzo called the Green March movement a progressive and dynamic group, and suggests that Medina pay more attention to it, since the protests aren’t aimed at him but at the corrupt system instead.