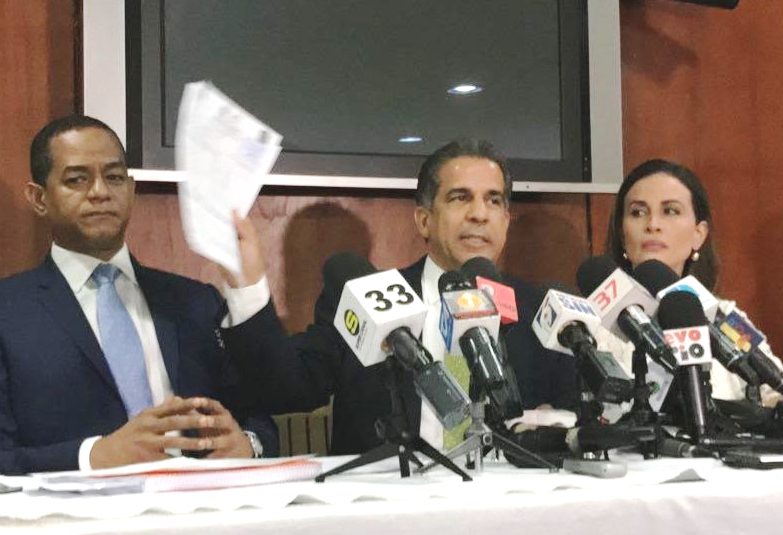 Santo Domingo.- Santiago senator Julio César Valentin’s assets total RD$20.2 million, not RD$49.9 million as the Office of the Prosecutor claimed to request the lawmaker’s arraignment in connection with the Odebrecht scandal.

Valentin’s attorney Jorge Luis Polanco made the statement in a press conference Monday, and said a RD$4.4 million mortgage must be deducted from his client’s assets of RD$24.7 million, which then total RD$20.2 million, “and is proportional to the wages received for his legislative functions, which have no connection with Odebrecht.”

He said to request arraignment the prosecution said the lawmaker’s assets were RD$29.7 million, but in fact, “correspond to his wife Rosira Pichardo Raful, for property coming from a process of partition of the divorce with her previous husband.

“The Office of the Prosecutor, in the request for arraignment, said that Julio César Valentín’s estate grew illicitly as a result of bribes received from Odebretch. That is false. Valentín did not receive money from bribery and his assets are proportional to the income received from the Dominican State in the public functions performed,” Polanco said.

Valentin and Pichardo also participated in the press conference held at the Dominican Journalists Guild.