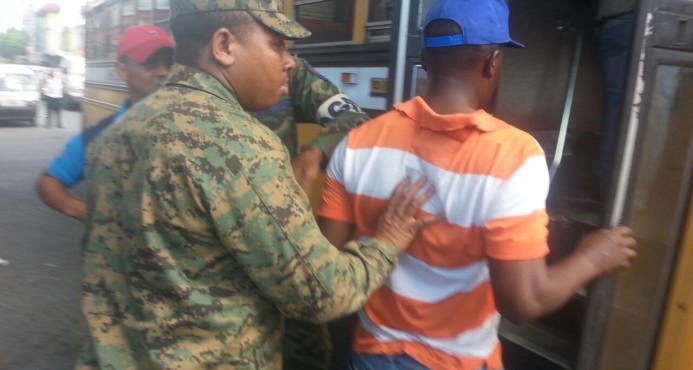 Santo Domingo.- The National District City Council supported by Immigration inspectors on Wednesday evicted street vendors from various thoroughfares to recover the public spaces which they were occupying.

Although none of the institutions provided details of the operations which, according to the photos supplied by Immigration, include the detention of undocumented Haitians.