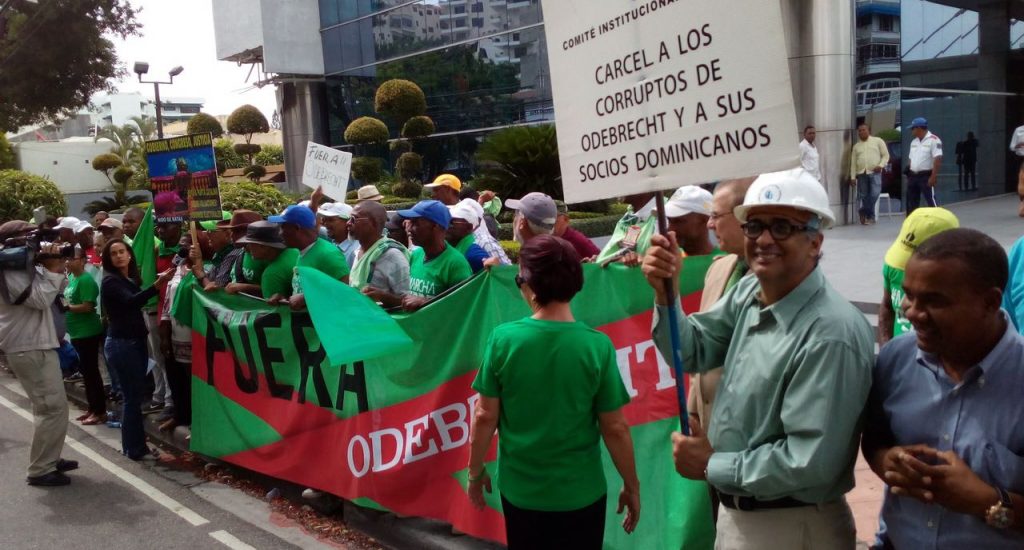 Santo Domingo.- Green March members on Wed. staged a protest at Odebrecht company offices in Dominican Republic’s capital, to demand its ouster from the country, on account of its “mafia” behavior.

The hour-long protest included the waving of green flags, pickets and slogans chanted against the Brazilian company, which admitted paying officials and lawmakers US$92.0 million in bribes in exchange for lucrative State works contracts.

“Out Odebrecht!, Prison for corrupt Odebrecht and its Dominican partners!,” were some of the slogans chanted and the messages that were read.

“We have come here to insist that this company has to be expelled from the country, because it itself has confessed that it is a mafia,” said Green March leader Maria Teresa Cabrera.

She said Odebrecht violated all regulations and has jeopardized the state and therefore must be removed from the national territory.

Numerous National Police officers watched the activity of the protesters at the building that houses the Brazilian company’s offices, in the upscale Naco district.