US nabs Dominicans, 151 kilos of coke near Puerto Rico, Efe 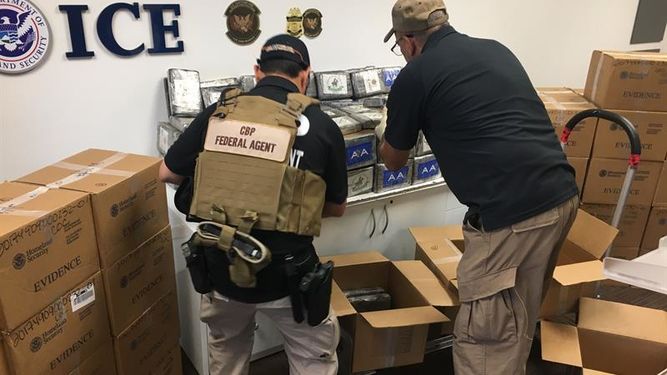 San Juan.- Immigration and Customs Enforcement (ICE) special agents and the Caribbean Corridor Attack Force (CCSF) detained three Dominicans who were trying to smuggle 151 kilos of cocaine into the US, with an estimated value of US$3.7 million, Efe reports.

The interception occurred when a Coast Guard patrol plane detected a 12-meter outboard motor board traveling south without navigation lights about 42 miles north of Loiza, in the northeast of the island, ICE reported in a statement Monday.

“When the Coast Guard was pursuing and approaching, the ship’s crew dumped five large bales on the run and continued southward at high speed until it stopped around 11 kilometers north of Loiza,” ICE said.