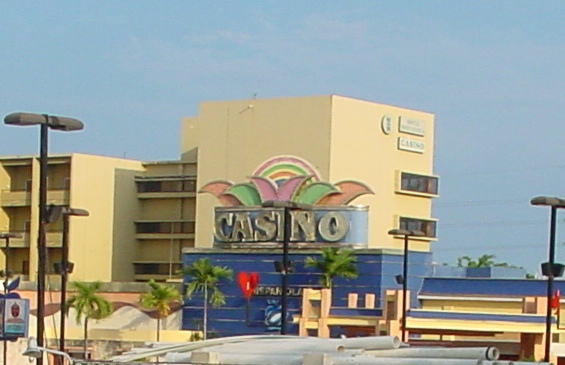 Santo Domingo.- The construction of the controversial wall in the country’s Southwest has uncovered an uncanny resemblance -16 years apart- of questioned deals by sitting Public Works ministers Gonzalo Castillo now, and current Foreign minister Miguel Vargas on December 21, 2000, when the latter purchased La Hispaniola Hotel & Casino for US$23.0 million, but paid with lands in Samana in an also-questioned transaction.

The Dominican Anticorruption Alliance (ADOCCO) on Thurs. accused Castillo of benefitting from inside information on planned tourism projects to be built in the southwestern part of the country, including Barahona and Pedernales provinces.

ADOCCO spokesman Julio César de la Rosa said it’s no coincidence that his companies have acquired real estate in the area, “which is undoubtedly a violation of the ethical and legal precepts that public officials must observe, swear to abide by the constitution and laws.”

He said Castillo would be guilty of influence-peddling and of prevarication by buying the Bahoruco Beach Resort hotel in Barahona, from the State-owned Reservas bank for around RD$91.0 million, of which the bank itself loaned around RD$37.0 million.

“A loan that was later settled with another loan from a banking institution of the financial system, according to the official’s own statements, which establishes that in 2013, when he made that transaction, he was in full exercise of the function that he still holds.”

Yet another odd circumstance surrounding the deal for La Hispaniola is the fact that it was the ruling PLD party itself which questioned the transaction by Vargas, who is now in president Danilo Medina’s cabinet.