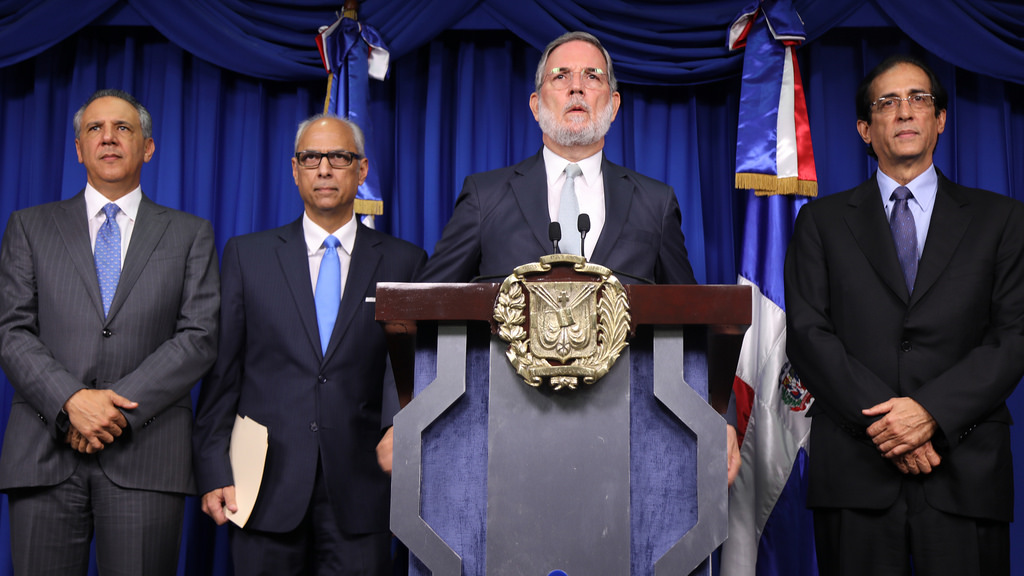 Santo Domingo- After receiving the report by the commission which investigated the Punta Catalina tender, the Government on Monday announced that the conglomerate -headed by Odebrecht- that currently builds the coal-fired power plant, will complete its construction.

In a National Palace press conference, presidency legal adviser Flavio Darío Espinal said that the Government will study the report and its recommendations in depth and will “proceed according to the feelings of the Dominican population in that case.”

The official also revealed that the Government plans to buy the land where the work is being built, a point questioned by many people who rejected such an investment in the millions on a property not owned by the State.

On Friday, the commission rendered its final report, which says the found no wrongdoing in the project’s tender and contract, affirming that the process was conducted lawfully and approved by the tender committee.

Nonetheless the report notes that conditions in the tender deprived the country of better results, and recommends the reform the Procurement and Contracting Law.

Odebrecht, which has admitted paying US$92.5 million in bribes to secure the Punta Catalina and other major public works contracts, heads the conglomerate that includes Acero Estrella and Tecnimont.

At nearly US$2.0 billion, the controversial power plant is Dominican Republic’s costliest project ever.