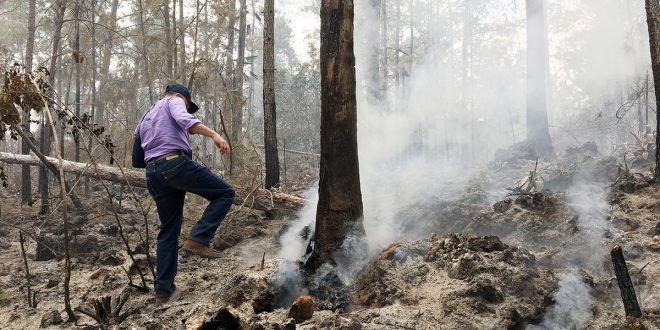 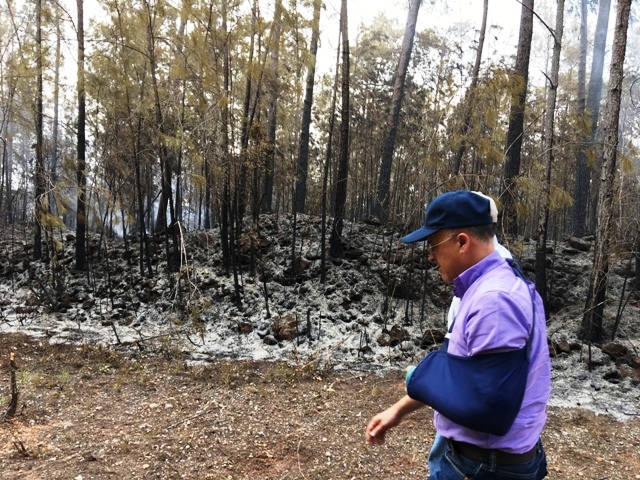 Santo Domingo.- The Environment Ministry announced Monday that the blaze that has charred thousands of hectares of forest at Sierra de Bahoruco National Park on the Pedernales slope (south) has been totally controlled.

The fire, which started along the road to Aceitillar, affected pine forests in the protected area that declared a “Biosphere Reserve” by Unesco.

Environment officials say the fire’s characteristics and location point to arsonists, as retaliation for the pressure brought to bear against the traffickers of the variety Guaconejo, used to make perfume which Haiti exports, after extracting it from Dominican forests.

“Since minister (Francisco) Dominguez announced the upcoming intervention in Sierra de Bahoruco we have put a lot of effort in stopping Guaconejo and charcoal traffic across the border,” said Sierra de Bahoruco administrator César Peralta, who added that this week hundreds of sacks of Guaconejo an endangered variety, were confiscated and incinerated.

On Saturday Domínguez toured the area of ​​the blaze in a show of support to the hundreds of crews of park rangers and firefighters who doused the fire and to assess the situation firsthand.