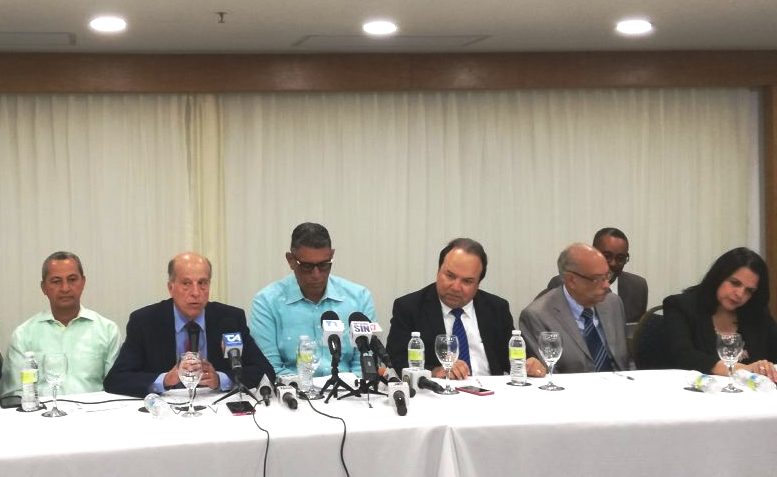 Santo Domingo.- The bloc of opposition parties on Monday reiterated their categorical rejection to the permanence of the current Superior Electoral Court (TSE) justices because they’ve shown “open and public political bias in favor of the Dominican Liberation Party” (PLD) and its allies to the detriment of the party system’s institutionalism.

Reading a document at a press conference in a hotel in the capital, PRM party general secretary Jesus Vásquez said: “to keep to their posts the current TSE justices is a reckless leap into the void that would seriously endanger the already precarious Dominican democracy, not only in terms of governance and future electoral processes, but also the institutional life of political parties whose conflicts the law mandates it to resolve.”

The statement says the National Judiciary Council’s appointment of TSE justices which isn’t the result of a broad national consensus of all the parties and of the Dominican society would be an “inadmissible provocation.”

“As to the appointment of the four Supreme Court justices, it’s imperative to insist that it be carried out by selecting career judges with the highest merit to occupy such important functions in the Judiciary and whose impartiality is the guarantee that the Dominican people firmly demand in the streets to fight impunity and corruption.”