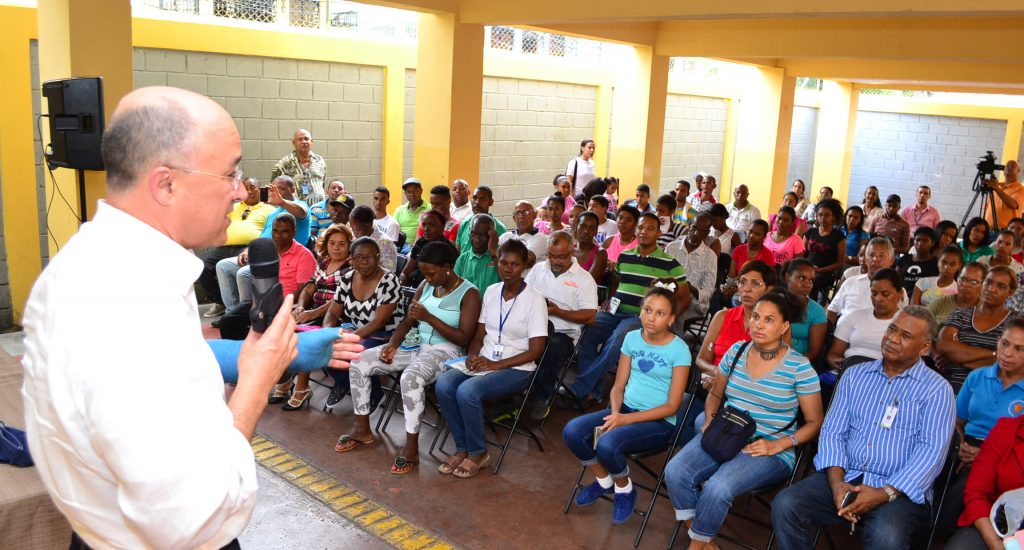 Santo Domingo.- Environment minister Francisco Domínguez on Wed. called on Greater Santo Domingo residents to be aware of the need to properly manage solid waste to avert polluting the Ozama and Isabela rivers and guarantee their existence.

The official said their cleanup is going as planned and that’s why you no longer see ship scrap yards along their banks.

Domínguez made the announcement during a meeting with the Escoba Foundation and community leaders of the sprawling barrio Capotillo and surrounding sectors adjacent to both rivers. They discussed the progress of the cleanup and solid waste recycling projects carried out north of ​​the Capital.

He said with Environment’s work to clean up the Ozama and Isabela rivers, helped by the Navy, the Port Authority and the construction of a waste treatment plant by the Santo Domingo Aqueduct Utility, their pollution will be a thing of the past.

He called solid waste the country’s greatest pollution problem, because of the diseases, rats, mosquitoes and flies they produce which pose a threat to large numbers of people.