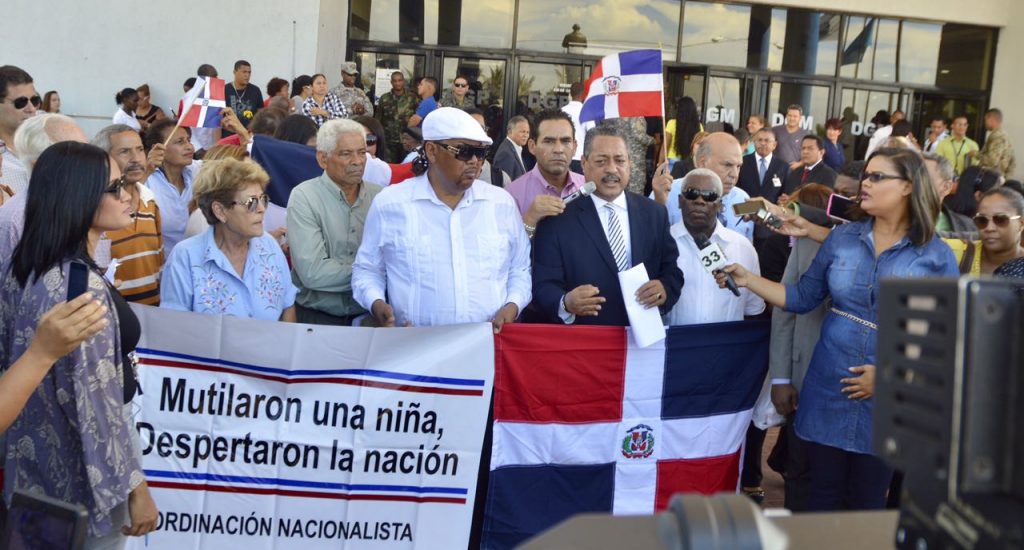 Santo Domingo.- Dozens of people on Thurs. picketed in front of Immigration headquarters to demand the immediate deportation of the nearly four million undocumented Haitians, which they affirm are in Dominican territory.

The protest by the Nationalist Coordinating Table headed by Robert Cabral began with the National Anthem and later waved Dominican flags, saying that the Plan to Regularize Foreigners failed.

At one point during the protest, two Immigration buses drove past filled with dozens of presumably undocumented Haitians, some of whom inside the vehicle showed their IDs.

Cabral said clubs, churches and local NGOs have been sheltering some of the foreigners, which he affirms is against the law. “The Dominican Republic is a sovereign country and we have the right to establish our immigration policies.”