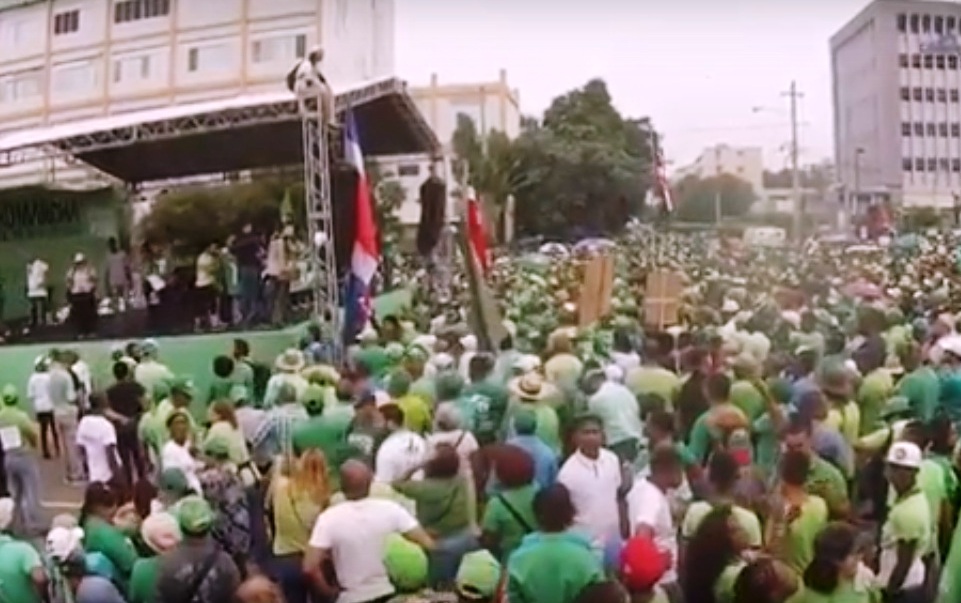 Santo Domingo.- The grassroots movement Marcha Verde (Green March) on Sunday called for the indictment of president Danilo Medina, whom they blame for the alleged overvaluations in the Punta Catalina coal-fired power plant.

In the rally which drew tens of thousands of people held at the Centro de los Heroes, after walking nearly five kilometers on major avenues of the Capital, the protesters sang songs and chanted against impunity.

“To end the impunity Danilo Medina’s indictment is essential,” and accuse him of allegedly converting the Justice Ministry actions “into a media dizziness and an obstacle to the administration of justice.”

In its manifesto, the movement demands the recovery of justice from its “current mud bath and a bath of justice for every corner of the country,” and called Punta Catalina is a corpus delicti in the Odebrecht case. “To put an end to impunity, it’s imperative to investigate the officials, lawmakers and others responsible for managing contracts with the Brazilian construction company Odebrecht.”