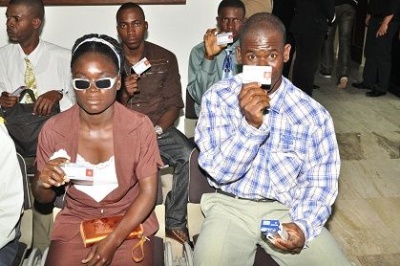 Santo Domingo.- Fear of being deported gripped dozens of Haitian nationals who went to the Interior and Police Ministry on Monday to retrieve their updated ID card (cedula), but many were told that their documents still weren’t ready, as their Dominican visa is set to expire.

Their concern was further stoked when Interior and Police failed to specify the reason for the delay to issue the ID, and on the contrary, the foreigners were told to go the Immigration Agency to renew their visa.

However, some of the Haitians quoted by listin.com.do said Immigration sent them back to Interior and Police, fueling further concerns that the face deportation on their irregular immigration status.