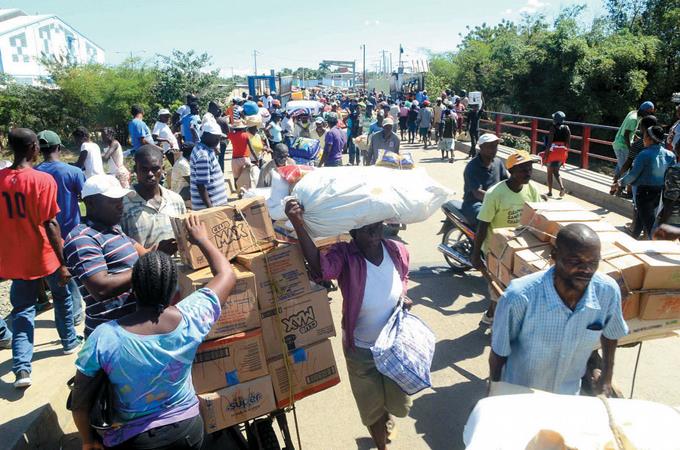 Santo Domingo.- The Dominican-Haiti border is in such havoc, heightened in recent weeks, that leads to despair in much of the population of neighboring country.

As trade slumps, the economy of border communities deteriorates, because as much as 85 percent of the commerce is between border areas.

Some say the chaos includes mistreatment, others as an attempted invasion, and still others blame it on taxes, and the rest don’t know why the border areas have turned into a “Fort Apache” and a problem of State.

Dajabón and Elías Piña are the most affected border provinces, with an economy that moves on the rails of exports ranging from foods to booze.

But Elias Piña is also where major exports have been barred by Haiti authorities, and where a dwindling number of Haitian merchants and customers in the market held Monday and Friday only saw handfuls of what’s the usual business, and small protests on both sides.

In Dajabon, Haiti Customs officials barred entry of Dominican  products by hurling confiscated goods into the Masacre River and seized several products, now alleging that they hadn’t paid the taxes.

The increasingly hostile incidents and the foot-dragging on seeking solutions could start harming both the Dominican and Haitian economies.