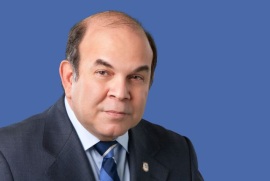 Santo Domingo.- Pressure from abroad is behind the one-year extension which the Government granted to Haitian citizens illegally in the country, so they can complete the process required for permanence of the so called Plan to Regularize Immigrants.

“This unfortunate decision is the result of the imposition of foreign powers and undeclared commitments assumed by the Government,” said Pelegrín Castillo, vice president of the conservative party, National Progressive Force (FNP).

“Consequently, this decision is vitiated by a radical nullity as stated in Article 3 of the Constitution,” said the former Minister of Energy and Mines and former deputy.

The presidential candidate of the nationalist bloc Polo Soberano called the government “weak and vulnerable, which has serious difficulties in exercising the muscle of sovereignty.”

Another challenge to the extension was announced today by former judge Juan Miguel Castillo Pantaleón, who warned he’ll appeal before the Superior Administrative Court.

He said a group of citizens will file charges against Amarante, for violating the Immigration Law, the Constitution and the Penal Code. “The extension of the term in the National Regularization Plan is unconstitutional, for which we will request its annulment.”

On Tuesday Interior and Police minister Carlos Amarante announced that the National Immigration Council extended by one year the validity of the ID cards issued to some 143,000, mostly -Haitian foreigners, and which expired on July 17.