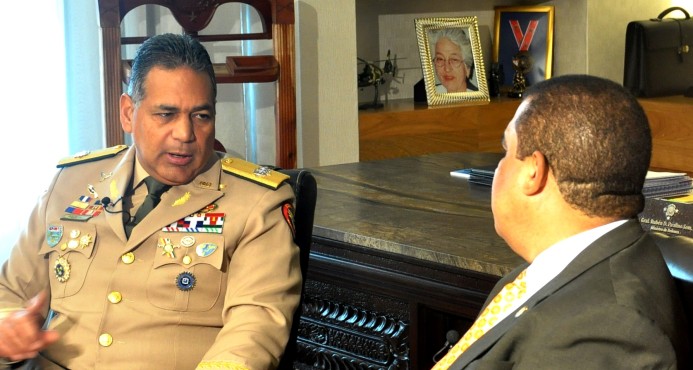 Santo Domingo.- The Dominican Armed Forces have drawn up a defense and security strategy along the border to counteract any situation that could affect the country with the departure of the United Nations peacekeeping force (Minustah) from Haiti.

In a conversation with senator Adriano Sánchez Roa on the “Desafíos” program, broadcast every Sunday by Digital 15 and Telemicro Internacional, Dominican defense minister lieutenant general Rubén Darío Paulino Sem said that the armed forces had also installed cameras at the most strategic checkpoints in order to boost vigilance along the border.

Paulino Sem informed that the Dominican military and police authorities had held talks with the head of police in Haiti and with the chief of Minustah, and that the Haitian chief of defense would be visiting the Dominican Republic next week to continue explaining the process underway in Haiti with the end of the peacekeeping mission and the steps to be followed.

“They explained the situation in Haiti in terms of vigilance and security, the status of Minustah’s withdrawal, which will conclude in late October, when only 295 soldiers will remain to support the Haitian police,” he said.

Paulino Sem presented a detailed progress report to president Danilo Medina, and said he would be delivering a pilot plan for strengthening and vigilance, with the aim of containing any situation that may arise from the neighboring country as well as for tackling international crime.

Sánchez Roa reminded him that 233 radio stations are interfering with Dominican broadcasts in the border region.