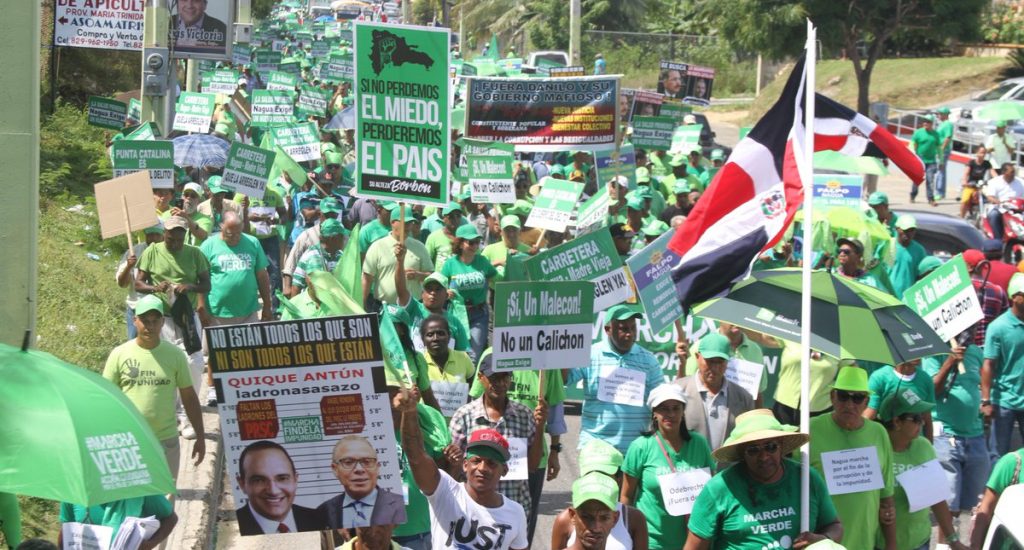 Nagua, Dominican Republic.- The Green March on Sunday warned that private interests have joined the government to keep the Odebrecht graft case from ending impunity in the Dominican Republic, and called on all of Society not be deceived by the official claims over the coal-fired power plant at Punta Catalina.

“At the Green March we’re aware of the links that exist between several of the members of the Punta Catalina commission with Odebrecht’s interests and the unconstitutional privileges that president (Danilo) Medina allows in exchange for social and political support,” the group said after a march in northeastern Maria Trinidad Snchez province.

Speaking to the thousands of people who took part in the protest, the Green March reiterated its demand for a criminal investigation into Punta Catalina’s tender, award, financing and construction, and the cancellation of all contracts with the Brazilian company.

They also expressed support for the social sector representatives in the push for the Electricity Pact, an agreement the Green March affirms cannot be reached unless Punta Catalina is carried out with transparency accountability and clarity, and the Odebrecht contract terminated.