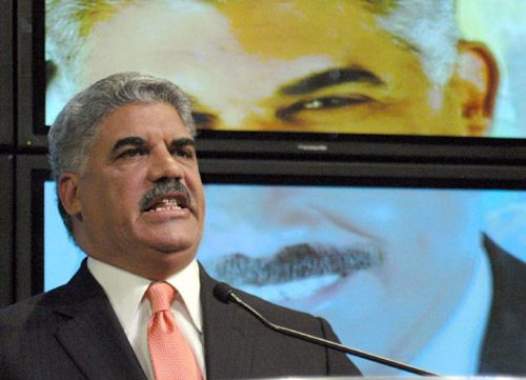 Santo Domingo.- 35 graduates of the Higher Education Diplomatic Training Institute on Tuesday complained that Foreign minister Miguel Vargas does not take them into account when designating people in the foreign service.

In a statement to diariolibre.com, the group said it’s inconceivable that after the thousands of pesos spent in training those professionals so the Dominican Republic counts ” with people truly trained in the diplomatic and consular career and put the country in line with the times, to have a qualified staff and perform a good function in the foreign service.”

“Even if there is a new Foreign Service Law, the Foreign Ministry continues to name people on their surnames, for politics, by race, the children of journalists, children of friends, friends of friends, and not respecting what the law says.”

The said that Vargas, however designates friends and colleagues of the pro-government Dominican Revolutionary Party (PRD), whom they affirm don’t have diplomatic training, as Law 360-13 stipulates.