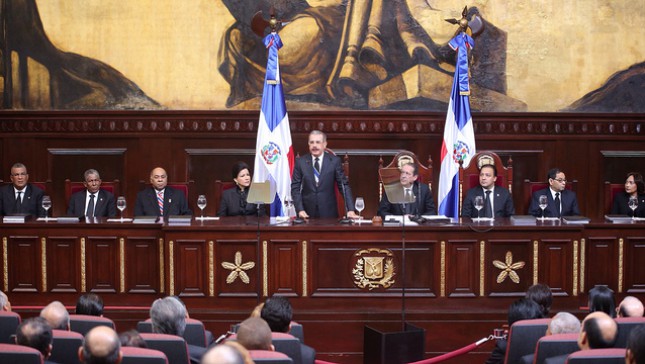 Santo Domingo.- Of 20 Latin American countries analyzed, the Dominican Republic is the third smallest in territory, but sixth largest in the number of lawmakers.

Costa Rica, with an area of 51,100 square kilometers (2,430 more than Dominican Republic), has a unicameral congress with just 57 deputies, according to a compilation by diariolibre.com.

Each deputy is elected in jurisdictions of 50,000 inhabitants or fraction of more than 25,000; an additional five are elected nationally by accumulated votes and seven chosen to represent Dominicans abroad, totaling 190.

The country’s 32 senators are elected one for each province and one for the National District, for 4-year terms.     .

The 2017 Budget’s allocation for the Congress topped RD$6.1billion.