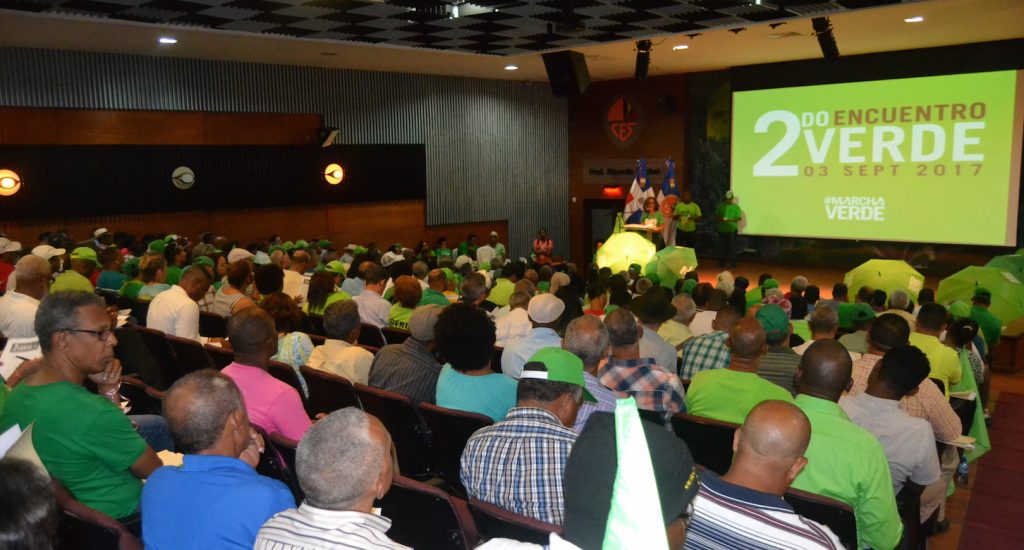 Santo Domingo.- The Green March on Sunday announced the start of an intensified struggle to end impunity by raising awareness, mobilization and advocacy in neighborhoods, barrios, the interior and the entire national territory, EFE reports.

It said it will also reiterate their demand to expel from the country the Brazilian company Odebrecht, which admitted paying US$92.0 million in bribes to govt. officials to secure public works contracts from 2001 to 2014.

The grassroots movement held its second ‘National Green Meeting’ where representatives from all provinces agreed on the planned activities and on the mechanisms to make it stronger.

In a statement the movement said its activists from across the country will hold talks, forums and rallies to call for an end to corruption and impunity. “We will draft, together with the various sectors, a national plan to end impunity, with proposals to ensure that cases such as Odebrecht aren’t repeated and don’t go unpunished.”