Thousands in shelters; towns cut off as downpours, flooding continue 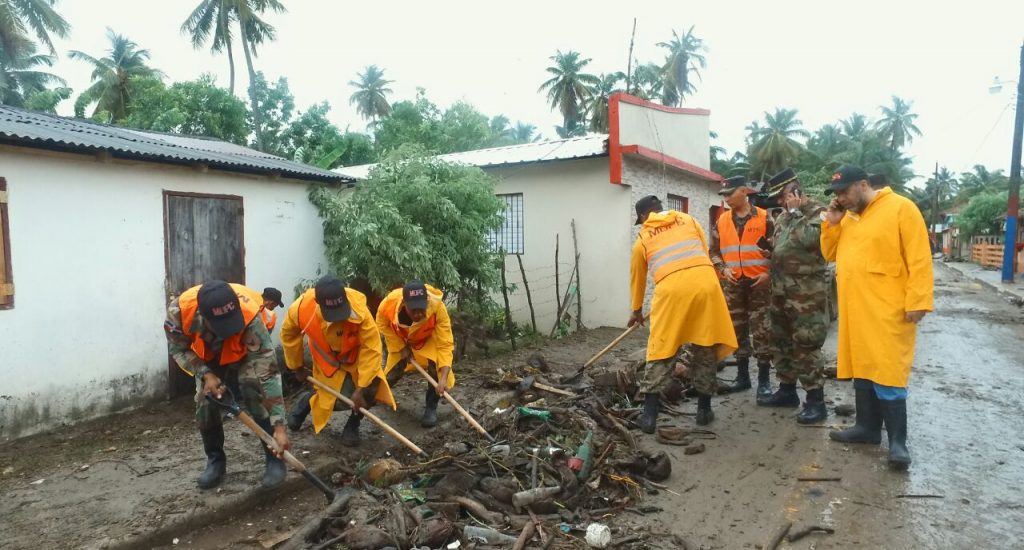 He said of that figure 10,701 are in official shelters, whereas 114 homes were destroyed. He said some 17 communities are still cut off by washed out roads and collapsed bridges.

The official said most of the country’s 32 provinces continue under flash flood warnings, while San Juan, Samaná, Maria Trinidad Sánchez, Puerto Plata and Montecristi are under heightened alert.

“San Juan (west) was included among the provinces in red alert, because the Sabaneta dam was receiving 572 cubic meters per second of water yesterday night and the president (Danilo Medina) ordered the mandatory evacuation of 325 families, residents of the community of Mesopotamia,” Méndez said.

The head of the COE added that all vessels should remain in port and water sports in all coasts and swimming in rivers and streams have been banned.