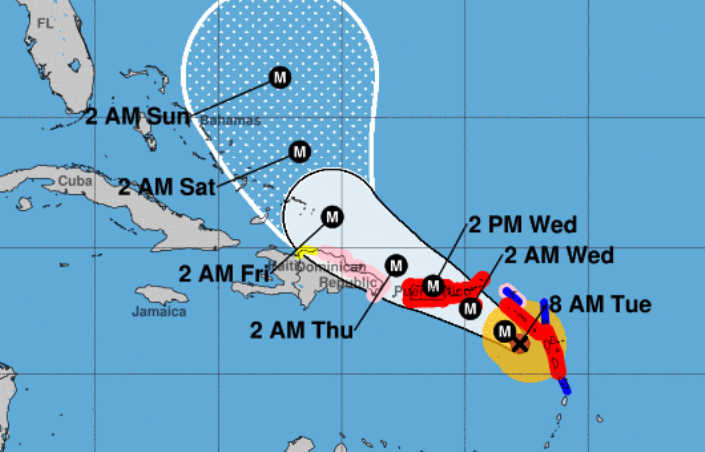 Santo Domingo.- President Danilo Medina is meeting in the National Palace since 9am Tues. with Emergency Operations Center officials, to coordinate the government’s actions to deal with Hurricane Maria’s effect on Dominican territory.

Once Hurricane Maria reached category 3, Medina opted to return Mon. night from New York, where he was to address the UN 72nd General Assembly on Tues.

Hurricane Maria is now at category 5, and is expected to effect the country, especially along the east coast.