Cops nab US couple for swimming despite ban 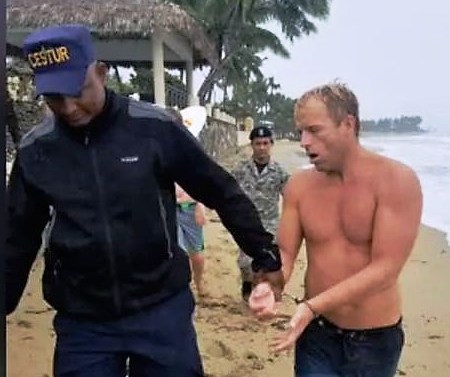 Two of the three are a couple of US tourists and a Dominican companion, who despite the ban were swimming in the beach with in higher-than-normal surf.

In a statement the Police said the three were escorted to the Sosúa Police Precinct and will be arraigned in the next few hours.