Over 100 companies generate clean energy in the country 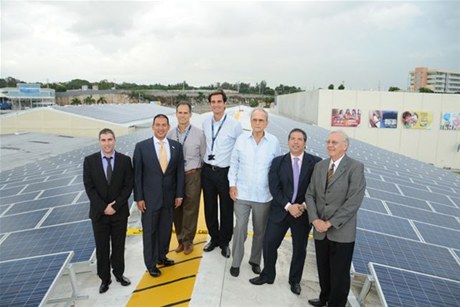 Santo Domingo.- Pressed by the need to be more environmentally friendly, over 100 companies in the Dominican Republic are resorting to mechanisms to generate clean energy in their production processes.

And although the projects aren’t that large, private initiatives aim to switch over from conventional to more modern energy systems, boasting environmentally friendly technologies.

Solar panels, biomass plants, and wind turbines are the most used, according to Roberto Herrera, a member of the Dominican Electrical Industries Association (ADIE).

“This is increasing every day because it’s within the standards of the companies. In any sector the commitment to be socially responsible is perceived,” said Herrera, a former president of the National Environmental Protection Business Support Network (Ecored).

Quoted by eldia.com.do, Herrera said that companies are committed to saving more in the promotion of goods and services by consuming less and zeroing on the waste.

He said that’s the reason that the initiatives are linked to the development of the circular economy, which seeks to use materials “from cradle to cradle” instead of cradle to grave. “This means that all the waste from the companies is being reused in other production processes.”

Among the companies in the private sector that have particularly implemented biomass transformation processes for self-generated clean energy are the Dominican National Brewery (CND), Brugal, Puntacana Group, Rica Group and Gildan.