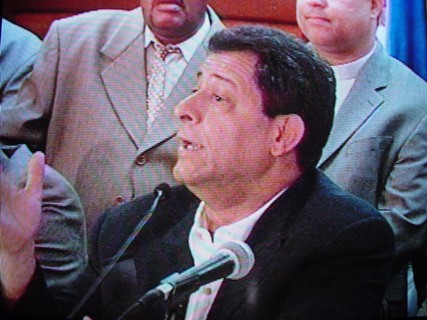 Santo Domingo.- Dominican Oil Refinery president Félix Jimenez, on Tuesday said he agrees with the definitive expulsion from the country of the Brazilian company Odebrecht, which heads the consortium that builds the controversial Punta Catalina coal-fired power plant.

Jimenez, whose tenure as Tourism Minister was the target of scathing critique by hoteliers and developers, noted that two years ago he was one of the first to denounce Odebrecht’s “fraudulent maneuvers” in the Dominican Republic.

Interviewed on Revista 110, Channel 13, the member of the ruling party’s (PLD) highest echelon, the Political Committee, said the Odebrecht case should be fully prosecuted. “We don’t have to take anything from that company.”

The official said the country could undergo “a financial infarction” if it continues to disburse payments to Odebrecht for Punta Catalina’s construction.