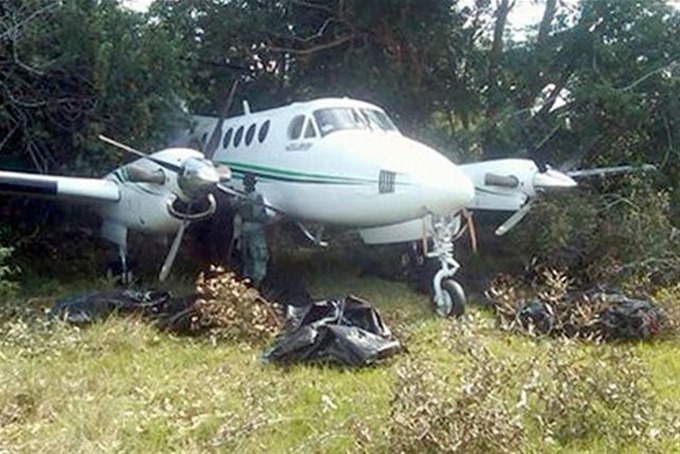 Twin-engine found in Venezuela in 2011

He said the aircraft registry Hl-560, left the terminal legally to La Romana, where its occupants filed a flight plan to Caracas.

Although tight-lipped when asked to reveal the names of the occupants of the aircraft, which when it landed killed two people in Venezuela, the official promised to offer details later.

He stressed that the media have all the details of the case and that here in the Dominican Republic the crew didn’t commit any irregularity.

Venezuela media report that the twin-engine plane landed on an inactive runway and that two people who were at the site giving assisting the crew, were run over by the aircraft. The plane’s occupants reportedly ran from the scene and were picked up by a vehicle that awaited them.

It’s the second case of a mysterious night flight by planes from El Higuero airport.

In October, 2011, another twin-engine plane was flown out of El Higuero, and found a few weeks later in a wooded area in ​​Venezuela, to which Dominican authorities linked an Army officer whose whereabouts are  unknown.