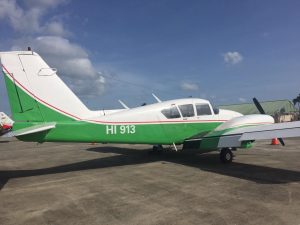 Santo Domingo.- The Justice Ministry and Antinarcotics (DNCD) seized a Boeing and a Piper airplanes which belong to alleged drug kingpin, Colombian national Jorge Hernán Zapata Villa, who’s being held in connection to a shipment 800 of kilos of cocaine.

Authorities say the Boeing, registry XA-UJC, was confiscated at Las Americas Airport, whereas the Piper, tail number HI-913, was seized at La Romana terminal, as part of a joint investigation with the DNCD and the US Drug Enforcement Administration (DEA) .