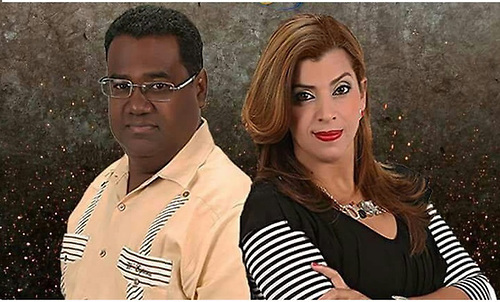 Kirsy Mena and her husband, Washington Espino, producers of the program Cronica (chronicle) said they received a phone call from an unknown number, threatening their lives for airing the story.

Espino said the call came just minutes after having posted information on Facebook from the Office of the Prosecutor, announcing that “Quirinito” is alive.

He said the man who made the phone call blames his program for the scandal and threatened to “tear your head off,” both his and his wife’s, and any reporter who repeats the report.