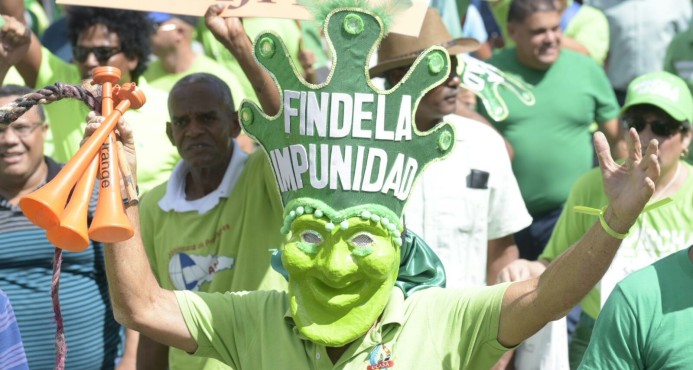 New York.- The Green March in Northeastern New Jersey on Thurs. announced a protest for next Sunday, near  City Hall in Jersey City, where it will reiterate its demand to end impunity and corruption in the Dominican Republic.

The organizers urged all Dominicans in New Jersey to participate in a protest as part of “the vigorous anti-corruption movement that takes place inside and outside the national territory.”