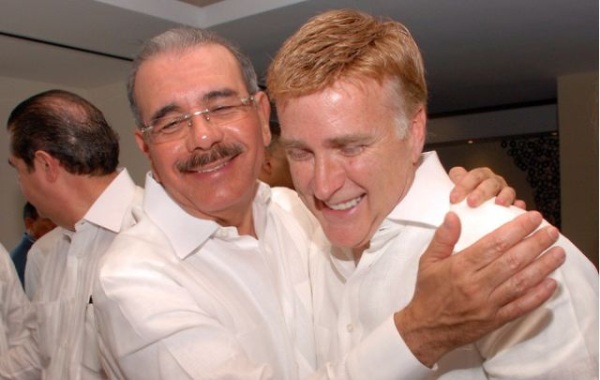 Santo Domingo.- Major corruption scandals have rocked president Danilo Medina’s first term in office (2012-2016) and the 11 months of the second.

Since 2015 at least six scandals have revealed extortion, bribery and forgery, leading to suicides and murders in some cases.

In November 2015 the issue of corruption prompted then-US ambassador James Brewster to call the problem a cancer because it affected the nation’s  progress and prevented compliance of the Law.

The statement spurred Medina to ask Brewster to show one corruption scandal in his administration. “To speak in generic terms is always dangerous, because what corruption, where are the scandals in terms of corruption in the Dominican State.”

The president’s challenge was silenced just months after, when Dominican Republic’s biggest ever corruption case exploded: Brazilian company Odebrecht’s admitted payment of US$94.0 million in bribes to officials of his government.

After the arrest, the Justice Ministry said Rivas was extorted by the victim, who allegedly asked for four million pesos in exchange for keeping silent about the alleged graft at the OMSA.

Ramirez was found murdered Thursday in a stream in the outskirts of the city. José Antonio Mercado (El Grande), Eddy Santana and Rivas are in custody, whereas another accused, Argenis Contreras, fled the country Thursday, the day on which the body was found.

On Monday, May 29 this year, the Justice Ministry ordered the arrest of several government officials charged with taking bribes, money laundering, false financial statements among other allegations.

One of the accused is, then Industry and Commerce minister Temístocles Montás, was sent to pretrial detention, but months later was released on bail.

The suicide of architect and contractor of the State Engineers Supervisors Office (Oisoe), David Rodriguez, 42, in September 2015, uncovered another case of corruption.

Despite that the victim had submitted the winning tender to build a school for around RD$21.0 a million, was extorted by two OISOE officials, leading him to despair from debts.

In August 2016, the ex-director of the aqueducts agency (Inapa), Alberto Holguín, was charged with forgery, prevarication, embezzlement and conspiracy. He was acquitted August 19 National District judge for lack of evidence.

Then director of the State Conglomerate  (CORDE), Leoncio Almánzar, was also accused in the scandal over the sale of government lands in a sector of Santo Domingo Este, through a company called Titulatec.

On December 28, Medina ordered the suspension of the sales, halted the evictions of its occupants and dissolved CORDE.

Diplomat at the UN

On October 2015, Medina suspended Dominican diplomat Francis Lorenzo, who then pleaded guilty to taking part in a bribe network at the UN, for the construction of a conference center worth billions in Macao, China.