Independents are the majority for the first time 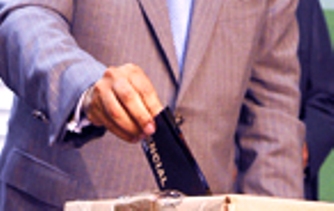 Santo Domingo.- For the first time since political polls were published around 1982, voters who declared themselves independent surpassed those of any party, or 58%, compared with the 29% who are either supporters of members of the ruling party (PLD), says a survey by the pollster Penn.

The survey found that since January 2016 the independents have gone from 36% to 58%, while the PLD supporters have dropped from 41% to 29%. “The shift from the PLD to independents creates a volatility and uncertainty within the electoral landscape.”

The most independent, young people

Vice president, the most popular

Among a list of 14 political leaders, vice president Margarita Cedeño is the most popular with 70%. Her favorability has jumped 14 points since May 2016.

President Danilo Medina is the second most popular politico with 66% although he has fallen 17 points since May 2016.