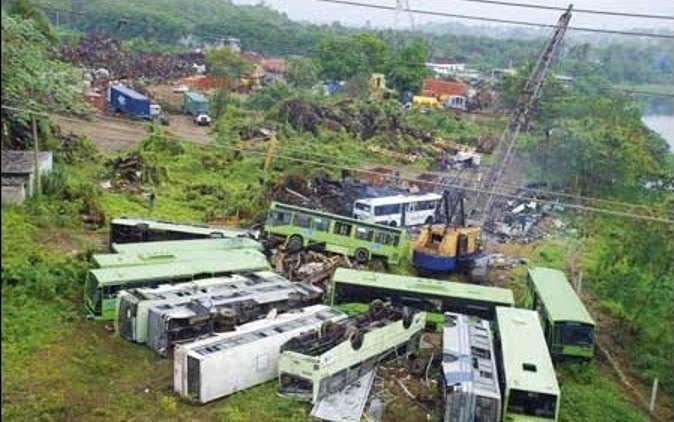 Santo Domingo.- The buses managed by the OMSA agency spent more time in the workshop than serving commuters , as evidenced by the institution’s memos of the last two years.

To repair a vehicle, Tech Solution, owned by Eddy Santana, who was indicted on Tuesday, issued 50 purchase orders over RD$1.6 million each in 2015. In that same period, Josafap Inversiones authorized 297, which often reached over RD$150,000 and for Rafael Arturo Vásquez, 108, which sometimes exceeded RD$100,000.

Santana submitted tender offers and was a supplier of several government agencies, according to what he explained in the interrogations by the Office of the Prosecutor of Santo Domingo Oeste and corroborated by the deposition of his nephew Luis Santana, who owns Grupo Martisdom.

Luis Santana said the company account was in the name of Rosario Hernandez Santana, also the businessman’s niece, “is in the name of Eddy Santana, that’s where the money from the awarded contracts falls, and it’s because he’s the one who invests, once he receives the money, he pays me what corresponds to me. ”

He said the agreements between him and his uncle, also owner of Edymat, are verbal, and receives what he’s given.