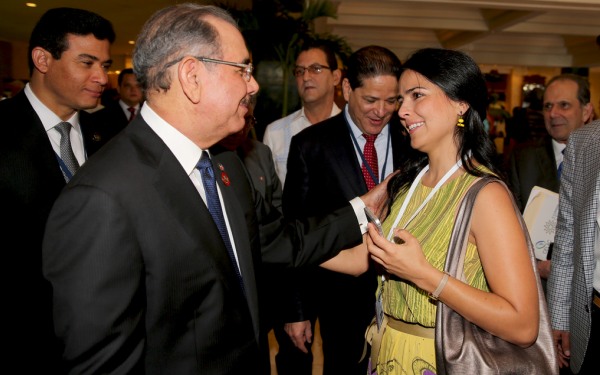 When asked by journalists in the National Palace about the flap on Thurs.; “I speak,” was the president’s curt response. Fernandez said “we must know how to manage silence,” because in her view there are officials who talk frequently.

Nevertheless Maldonado reiterated the media’s need for officials to speak on pressing issues in a timely manner. “One thing is when the media requires information from government officials and another is when the government instructs an official because it has an interest in promoting some topic. I think they are two different things that we are talking about. So the president’s or the vice president’s response don’t respond to what concerns us.”

“If the communication dynamics of senior officials had been different, many of the scandals now enveloping the country could’ve been avoided,” Maldonado said. “Timely intervention can be a preventive cure for the many scandals in public administration because it becomes a control mechanism for its own officials and the government itself.”