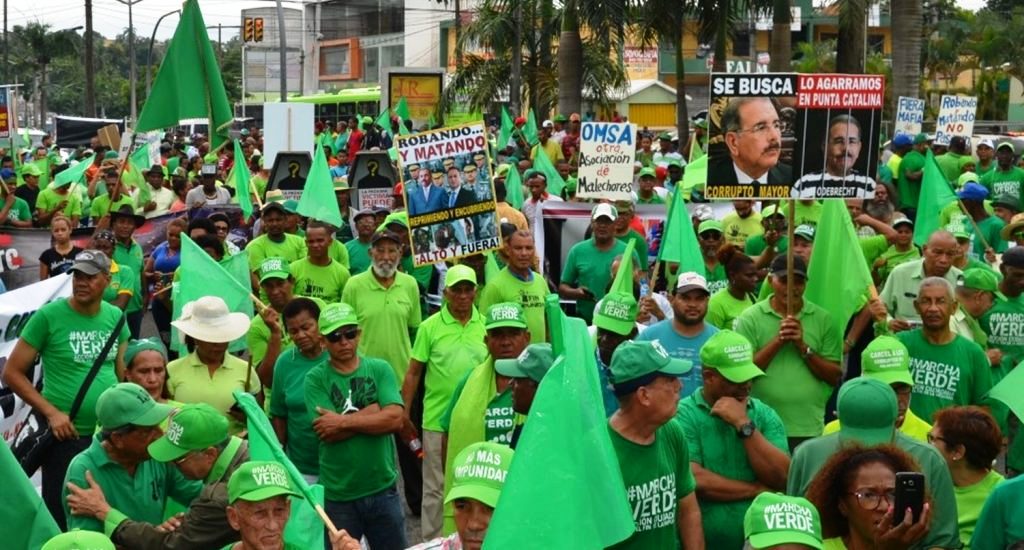 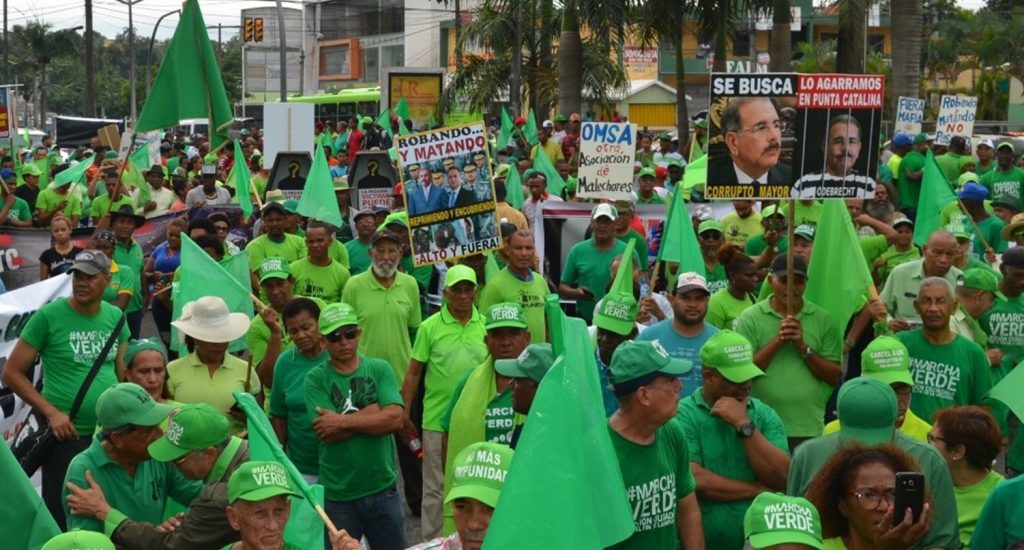 Hundreds of Green March protesters gathered in front of the Metropolitan Bus Services Office (OMSA) in the capital’s outskirts where they accused the government headed by president Danilo Medina of harboring a State of “criminality” and a policy of corruption.

It their first major nationwide protest in nearly two months, the movement warned that the three murders connected to alleged graft in the OMSA and in the State Sugar Council (CEA) are “tragic expressions of a corrupt structure in which criminals and murderers operate without any type of consequence.”

“We announce our unwavering decision to continue confronting by all possible civil ways that criminal policy that steals and kills, that kidnaps the institutions to deny democracy and the public questioning that perverts the courts, which tries to make a mockery of the multiple and legitimate demand for justice and dignity of the Dominican people and which wager that the men and women of green hearts desist, get tired and raise the flag of surrender. Our struggle ends only with victory,” said the manifesto read by Green spokeswoman Maria Teresa Cabrera.

The Green protests staged across the country demanded the end of impunity and the prosecution of the Government officials linked to corruption.