Hundreds of men march to halt violence against women 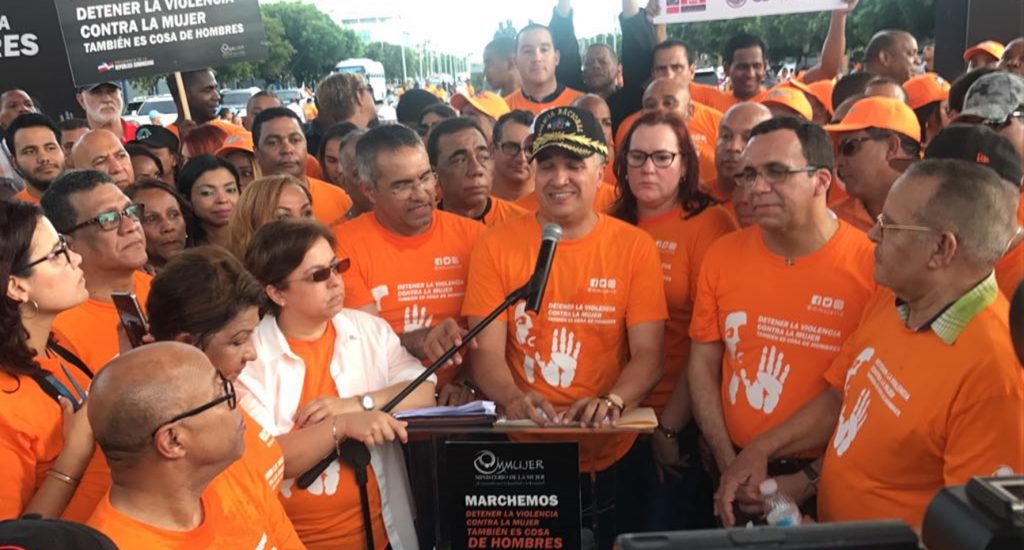 Santo Domingo.- Hundreds of men, representing public, private and social organizations marched Wed. afternoon to swear their commitment to the push to “stop violence against women is also a matter of men.”

The Education Ministry participates in the effort, as a commitment to lunch an education campaign in schools to create awareness among adolescents.

“The fight against gender violence involves the entire Dominican Republic and especially the population that we have to address urgently is the student population. Pursuing the violence against women will not stop it, it could be efficient, but that would be working on the leaves, it’s in Dominican schools where we can work the problem at its roots,” said education minister Andrés Navarro.