Greens: politicos have made a wash rag of the Constitution 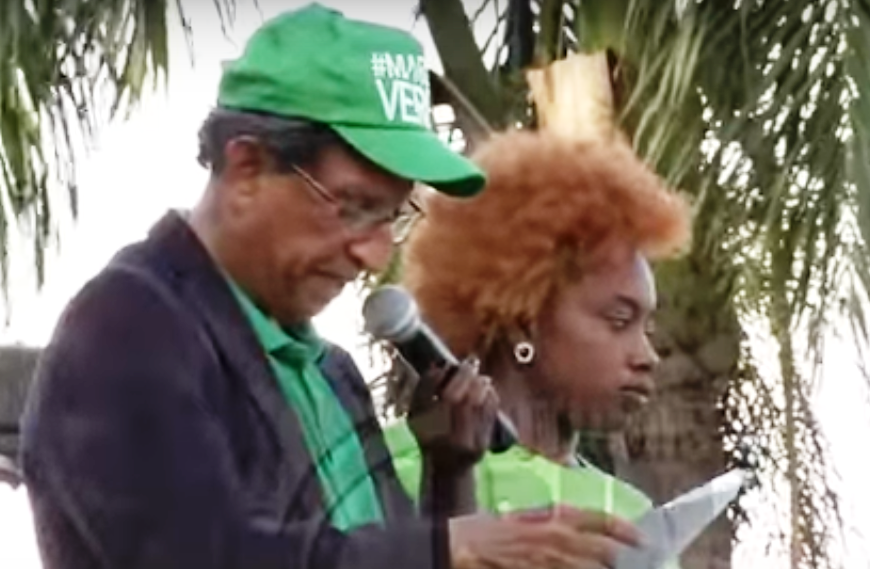 Santo Domingo.-The Green March movement on Monday called to convene a constituent based on “the independence of the branches of government and the non-encroachment of one over another, shutting the path to impunity for corruption.”

During an anticorruption and anti-impunity rally at Santo Domingo’s Colonial City to mark the 173rd anniversary of the Dominican Constitution, the Greens called it a date “to analyze the politicians’   misdeeds.”

Reading from a statement the political leader Rafael Perez Peña (Bacho) called to discuss the crisis that sparked the anti-corruption movement on January 22.

“The movement aims to articulate its aspirations through consultations aimed at generating their own initiatives, before the convocation of a constituent that outlines a viable exit to the reservoir that shelters the country,” Perez said.

“That’s the way that this country has been governed  since 1844, that’s the way they’ve violated our Constitution and have converted it into a piece of paper, a wash rag.”