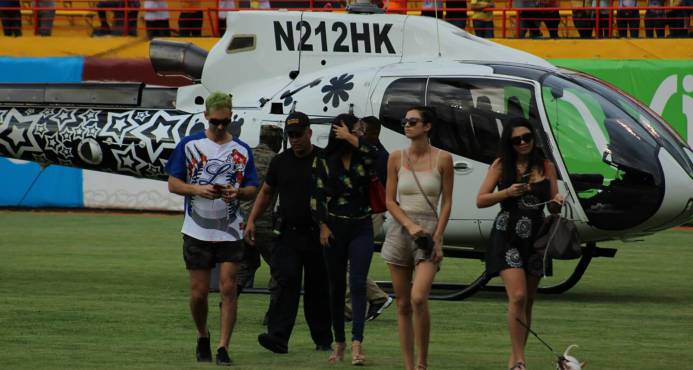 The IDAC also announced that it grounded the chopper that landed in the stadium, just minutes before that start of a game between Santiago’s Aguilas and Santo Domingo’s Tigres.

The IDAC called the incident “a reckless act that put hundreds of people at risk.”

Abu Naba’a’s unauthorized helicopter landing is the second such antics this year, after doing the same in the capital’s Quisqueya stadium on January 22.