Floodwaters cut off at least 6 towns in Puerto Plata province 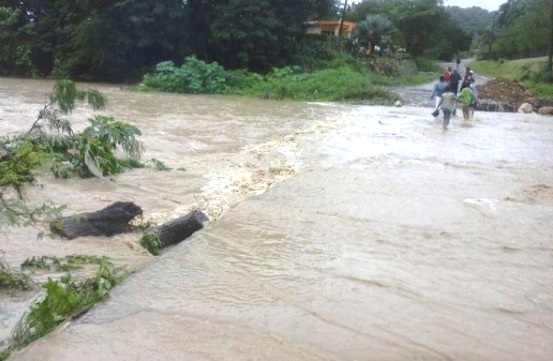 Santo Domingo.- At least six communities in Puerto Plata province are cut off by the rising waters of the Camú River downpours Monday night in the municipality of Montellano.

According to reports on Tuesday, dozens of the stranded residents of the towns cut off by the swollen rivers couldn’t go to school or work.