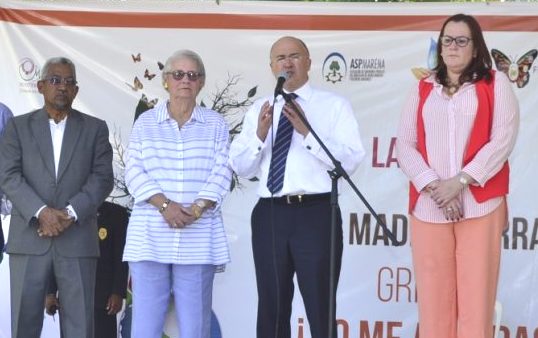 Santo Domingo.- Environment minister, Francisco Domínguez, on Friday said the time has come to change the paradigms that link men and women with Mother Nature, based on a system of values ​​and committed to promoting a new discourse of peace and respect to ensure coexistence.

“Today, in the same way that a man becomes an executioner to hurt a woman, so is Mother Nature being stripped and mistreated by us even though we obtain food, medicines, oxygen and other elements from her which our body needs to stay alive.” the official said.

In a statement, Dominguez said that we’ve forgotten that the Earth constitutes a dynamic system of interactions of which we are all part and, therefore, “we must contribute our grain of sand to guarantee the support of all living species and their habitats.”

The official launched the proclamation “Don’t hurt me,” a cry in favor of Mother Nature at the National Botanical Garden to mark November 25, the International Day to Eliminate Violence against Women.

“This human generation is in danger of extinction, because it has caused profound changes to our planet, many of them irreversible, and climate change is a signal, so it’s time to rethink the cultural and socio-economic forms in which we are relating among ourselves and with Mother Earth.”