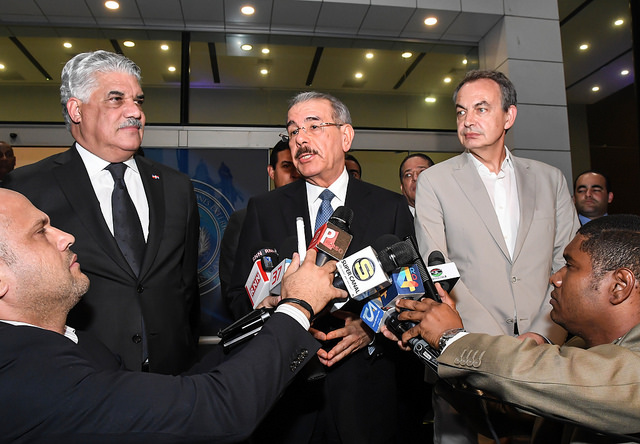 Santo Domingo. – The talks between the opposition and the Venezuelan Government began around 2:30pm, after the methodology to be followed at a meeting of foreign ministers participating in the meeting was defined.

However, the journalists haven’t been kept abreast on the methodology is or at what time they’ll announce the results of the conversations.

Cameramen and photographers were allowed inside the conference room at Foreign Ministry headquarters, but journalists weren’t provided access,