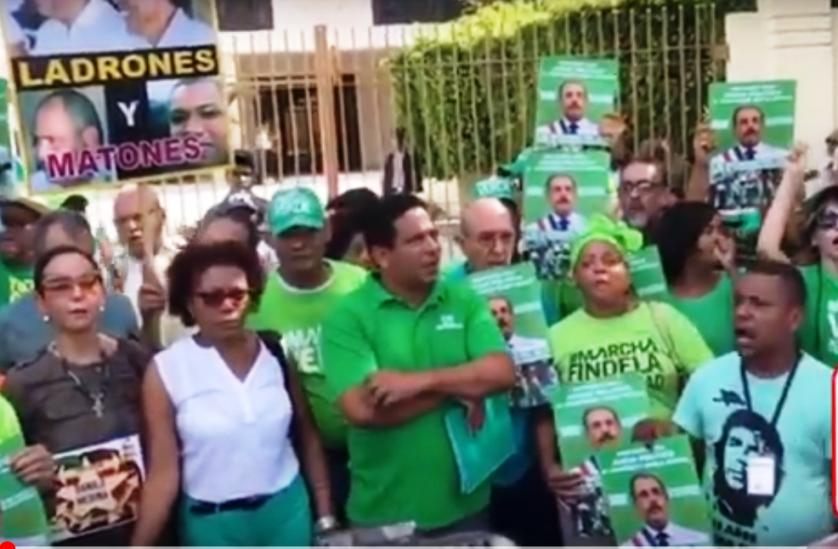 Santo Domingo.-  The grassroots movement Marcha Verde (Green March) on Tues. delivered to a group of deputies a document which proposes articles of impeachment against president Danilo Medina for his link with the questioned practices and admitted bribes by Odebrecht to officials of his administration.

Movement representatives handed the initiative to the deputies Fidelio Despradel, Fidel Santana and Raúl Fariseos, which justifies the impeachment for alleged “serious offenses” committed by the president.

Earlier this year the Greens staged the biggest ever protest in the country’s history, gathering tens of thousands of supporters in the La Feria district, the site of the most government buildings.