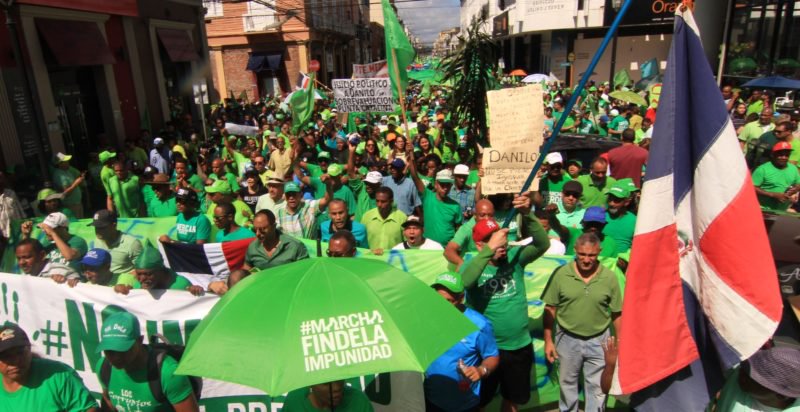 Santiago.- The Marcha Verde (Green March) assemblies of Santiago and the main northern provinces on Sun. hosted simultaneous discussions with farmers organizations, workers, business leaders, students, professionals, and other sectors, as part of its push leading to the Green Program for the End of Impunity and define its fight’s route starting Jan.

Green March representatives from Santiago province and throughout the Northern region reiterated the grassroots movement’s non-partisan nature, to mark the first anniversary of its first major protest on Jan. 22.

It said it discusses with representatives from all sectors of the country the use of all the necessary resources to prevent the Odebrecht corruption case from going unpunished.

“Thanks to the work of thousands of green-hearted men and women from all provinces and the diaspora, today we are an organized social force determined to fight political crime to the ultimate consequences. The allies of the impunity that have tried to distract us are mistaken,” the Green March in Santiago said in a statement.