On pay dispute, truckers block entrance to most ports 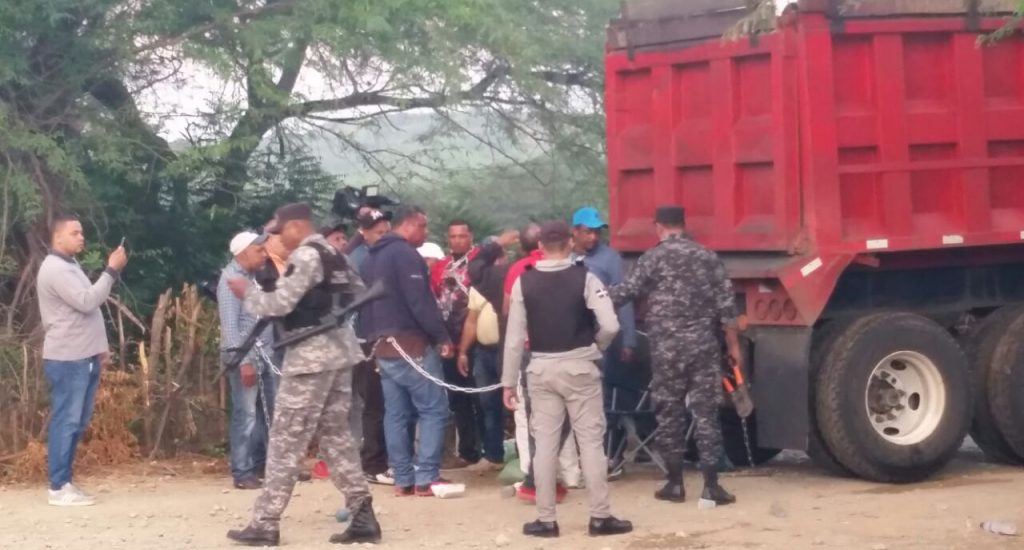 Santo Domingo.- Hundreds of truckers of the Fenatrado union on Mon. partially blocked the entrance to most ports, after several of its members were detained earlier in Montecristi, during a mêlée amid a dispute over payment with the construction company Malespin in that northwestern city

The blockage was also reported at the port of Haina, San Cristóbal (south), where the truckers parked their rings on four of the six lanes  leading to Haina Oriental since early Monday, to protest the detention of their colleagues, who demand hauling 50% of the cargo nationwide.

The blockage with trucks has also been reported in northern cities, including the northwestern route out of Santiago, and along the highway leading to San Cristobal

The truckers warn they’ll continue the blockage until the dispute is resolved, adding that around 10 of their colleagues are still being held.