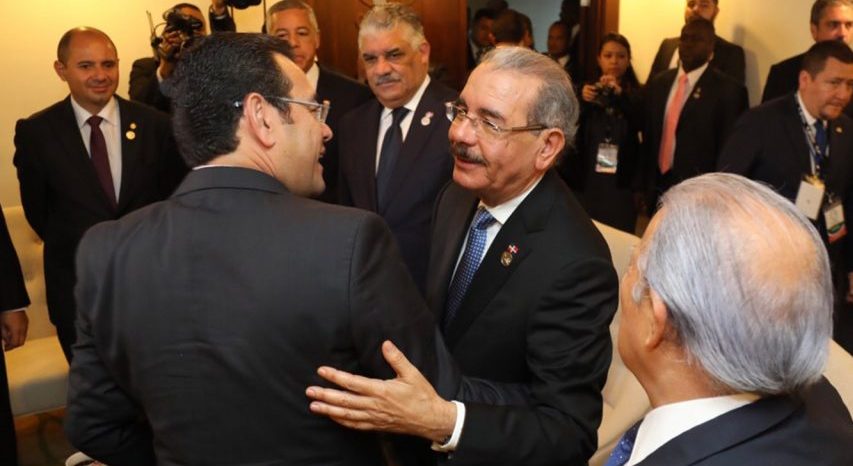 Panama.- In the acceptance speech for Dominican Republic’s revolving presidency in the Central American Integration System (SICA), president Danilo Medina noted his proposal in his   participation in Punta Cana in 2014, when he warned that the transnational crime, public safety, social inclusion, and the development of joint policies for those countries are the region’s main problems.

He said among the common challenges is the need to “specify the technical and financial support we need to develop public policies that allow security to be taken to the streets and homes throughout the region.”

“The objectives of sustainable development offer us a framework of joint work, work for them from the scope of regional integration, making use of its motto ‘let no one left behind,” Medina said in a  statement posted on the Presidency website.

He said the principles of the Central American Social Integration Treaty considers the person the center and fundamental subject of development,” which demands an articulated vision among the various aspects of development, in such a way that sustainable social development is enhanced.”