Ruling party leaders hug but can they make up 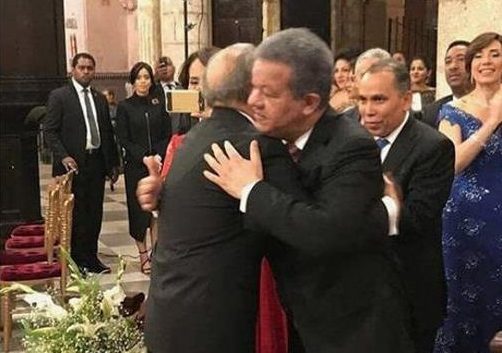 Santo Domingo.- Former president Leonel Fernandez on Mon. said that in 2020 the ruling party (PLD) will again win the elections despite the “gloomy forecasts that have been made.”

“Regardless of predictions that will be made, I assure you that the PLD will arrive in a compact and united way to 2020,” the politico said at a luncheon with senior leaders of the PLD.

He said the PLD continues to make contributions to the country through the government.

Fernandez said that president Danilo Medina has defined his project of government as historical and as a project of the  PLD.

The President’s absence from the “Luncheon for the fraternity of the PLD” is sure to fuel speculation on the apparent divisions within the ruling party, which were momentarily quashed after the two leaders hugged at the nuptials of Medina’s oldest daughter, Candy Sibelis on Sun. night.