Stabbed drug kingpin back behind bars 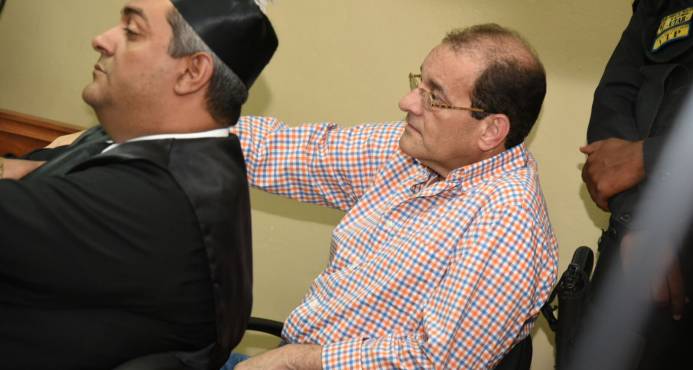 La Vega.- Prisoner Winston Rizik Rodríguez (a.k.a. El Gallero) who was stabbed by a fellow inmate on December 19th was discharged from the Juan Bosch Trauma Hospital Monday.

Hospital director Andrés Rodríguez said that the accused drug kingpin was recovering from his injuries and did not require surgery. “We’re recommending total rest for a complete recovery,” stated Dr. Rodríguez.

Rizik Rodríguez was stabbed by a Haitian inmate called Papo Matié, who is serving a 30-year sentence for murder. An investigation into the incident, which occurred during the recreation period in the penitentiary, is underway.

El was sentenced to 10 years imprisonment in 2016 by a court in the province of Monte Plata, after being found guilty for illegal possession of a high-caliber firearm, asset laundering and national and international drug trafficking. His brother, Nelson Rizik Rodríguez was convicted for complicity.