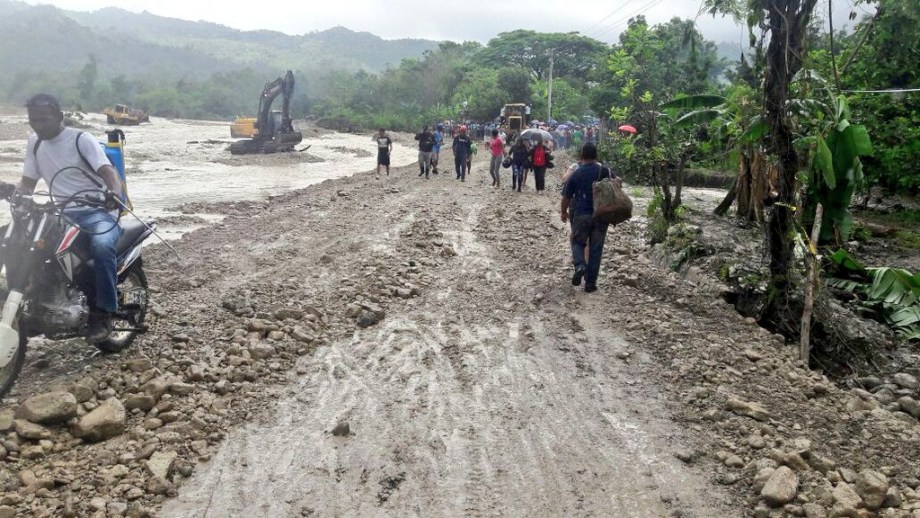 Puerto Plata.- Several towns around Puerto Plata were cut off over the weekend, when the swelled Camú River toppled part of the bridge which was also damaged fired the floods of 2016.

Civil Defense provincial director Wáscar García said a provisional crossing was built  at the villa El Cangrejo, so inhabitants of the towns can reach the other communities in the province.

Meanwhile crews have started to rebuild the bridge, but the authorities haven’t specified when they’ll finish the work, expected to takes several months.

Moreover, residents of the communities La Cana and La Escalereta asked the Public Works Ministry to work faster to repair the bridge in that area, which collapsed the previous weekend.